Fisher Injury Lawyers has sued the University of Southern California on behalf of former USC defensive end Morgan Breslin. This is the second lawsuit Fisher Injury Lawyers has filed on behalf of Breslin arising out of the NCAA Exceptional Student Athlete program. The USC lawsuit makes claims related to a Loss of Value/Total and Permanent Disability Policy, which Breslin purchased prior to his senior year at USC.

Breslin purchased the policy before the 2013 college football season after electing to forego entry in the 2013 NFL Draft.  He returned to USC for his senior season but was injured in the fifth game of the season.  Breslin was not invited to participate in the 2014 NFL Combine and was not selected in the 2014 NFL Draft due to the injury, despite being projected as an early round NFL draft pick prior to the 2013 season. He has not since played football in any capacity.

Breslin’s lawsuit against USC was filed in the state district court for Los Angeles County. Breslin claims USC failed to properly advise him regarding the policy and botched the application process allowing the insurer to deny his claim for policy benefits. Among other things, Breslin claims that USC exclusively controlled and mishandled the policy selection, application, and enactment process.  In addition, the lawsuit alleges that USC failed to inform Breslin that the university was authorized by NCAA rules to pay the policy premium for Breslin.  The premium was paid by Breslin with a bank loan arranged by USC.  Breslin also claims that USC failed to provide and pay for injury related medical care after he left USC as required by the NCAA. 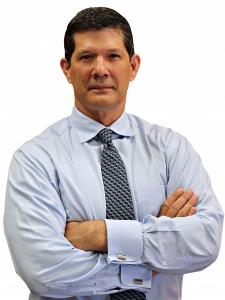 Why The RIGHT Attorney Matters