Policy was altered after he was hurt, Williams says, nullifying his $1M claim

Former Arkansas Razorback Rawleigh Williams III thought a $1 million sports disability insurance policy that took effect in March 2017 would protect him financially if he suffered an injury that would derail what promised to be a lucrative pro football career.

After he was carted off the field dur- ing a scrimmage the following month, a doctor declared that he had a total and permanent disability. Williams filed a claim for his $1 million benefit.

His claim was denied in September based on an exclusion that Williams’ lawyer said was unilaterally inserted in the policy more than a week after Williams was injured.

On May 1, the running back joined a squad of student-athletes who have sued insurance carriers for denying claims for coverage the athletes believed they had. His civil suit charges the underwriters at Lloyd’s of London with breach of con- tract and other misconduct.

Confusion over coverage is the result of student-athletes not getting the sup- port or guidance they need when buying insurance policies, said Bryan Fisher of Fisher Injury Lawyers in Baton Rouge. Fisher’s practice includes NCAA and NFL disability cases.

In addition to disability insurance, athletes can buy a rider for loss of value, which is designed to protect them from missing out on millions of dollars if they are drafted in later rounds than origi- nally expected.

Fisher was unfamiliar with the details of Williams’ case, but he said the NCAA should oversee the policies, which aren’t regulated by state insurance commis- sioners because they are considered sur- plus lines. “The NCAA makes the mar- ket for this insurance,” he said. “So the NCAA can certainly affect every policy, approve every policy, but they don’t.”

The NCAA has a program that offers a particular permanent total disability policy to student-athletes, but it doesn’t offer any loss-of-value policies, said Juanita Sheely, director of travel and insurance for the NCAA. She said the

Arkansas Razorbacks running back Rawleigh Williams, who suffered a career-ending neck injury in April 2017, was taken from the field in Fayetteville a year and a half earlier after suffering a herni- ated disk in his neck during a game against Auburn University. [ICON SPORTSWIRE VIA AP IMAGES]

Arkansas Insurance Department spokesman Ryan James said the AID regulates the entities that sell the poli- cies to the student-athletes.

“To date, no complaint has been filed with the Department in the matter of Rawleigh Williams,” James said in an email to Arkansas Business. “While the Department cannot compel payment of Mr. Williams’ claim, it can look into whether the actions of those under our jurisdiction violated any provisions of the Arkansas Insurance Code and issue sanctions or levy fines as appropriate.”

As a freshman in 2015, Williams totaled 254 rushing yards through his first six games. During his seventh game, Williams suffered a herniated disk in his neck, which required surgery and side- lined him for the rest of the season.

He made a full recovery and was back on the field for the Razorbacks’ 2016 sea- son, running for 1,360 yards, leading all rushers in the Southeastern Conference.

“After completing such a successful football season, Mr. Williams was uni- versally viewed as a future top round draft pick in the National Football League who would be paid millions of dollars to play professional football,” his lawsuit said.

The lawsuit said that the University of Arkansas suggested that Williams should get a disability insurance policy “to protect his future in case of a career- ending injury.”

Student-athletes at the University of Arkansas at Fayetteville can request insurance through providers, or they can be approached by providers who offer that type of insurance, Jon Fagg, UA’s deputy athletics director for stu- dent-athlete experience, said in an email response to questions from Arkansas Business.

“The institution is not involved in selecting student-athletes who will pur- chase insurance.”

The schools can use money from the NCAA’s Student-Athlete Opportunity Fund to pay for the coverage, said the NCAA’s Sheely.

The lawsuit didn’t say how Williams chose Boeving as his insurance bro- ker. Boeving’s profile on Northwestern Mutual’s website says he has become one of the “foremost experts in financial planning for collegiate and professional” athletes. The website also said Boeving has become known as a leading provider

The NCAA isn’t a licensed insurance broker, Sheely told Arkansas Business last week. “Insurance is not our busi- ness,” she said. Still, she said she felt “confident that the NCAA has done a lot to make sure all student-athletes, not just the elite student-athletes, are adequately covered.”

Schools have various levels of involve- ment with the student-athletes in help- ing them navigate the insurance poli- cies, and they try to help them
as much as they can with
the “complex financial

decisions,” Sheely said.
Students have a lot of leeway on where

they buy a policy, either from the NCAA or elsewhere, and how to pay for the premiums, Sheely said. In some cases, universities pay the premiums for the athletes; in other cases, loans are used.

Williams’ lawsuit didn’t say wheth- er he or the University of Arkansas at Fayetteville paid the $6,440 annual pre- mium for his disability coverage, but the university has been buying that kind of insurance. The UA spent $46,872 on disability and loss-of-value insurance

policies for its student-athletes in the 2017-18 school year, according to

After recovering from the 2015 injury, Williams led the SEC in rushing in 2016, becoming a hot NFL prospect and seeking insurance to protect his future in case of injury. [ICON SPORTSWIRE VIA AP IMAGES]

of disability insurance for college and professional athletes.

Neither Boeving nor his attorney, Dale Brown of the Kutak Rock law firm in Fayetteville, returned calls for comment.

Williams’ lawsuit said his policy pro- vided $1 million of coverage if he couldn’t play any football because of an injury.

Sometimes the athletes will be advised not to get the loss-of-value cov- erage “to save a little premium money,” he said. But that’s a mistake, Fisher said. “There’s almost never a total disability policy payment,” he said.

The NCAA’s Sheely said so few total disability claims are paid because it’s not common for a student-athlete to have a career-ending injury. No matter how bad the injury is, the athlete often recovers somewhat and is drafted, she said.

An injury to a player who has cover- age still might end up in dispute.

Marqise Lee, a former University of Southern California football player, sued Lloyd’s of London in 2015 after he suf- fered a injury in college that led to him falling from the first round in the NFL draft to the second round.

Lee alleged in court filings that he was covered with a loss-of-value policy, but it didn’t pay. The case settled out of court in 2016.

In March 2017, Boeving helped Williams complete the application for the insurance policy, which was effective on March 10 of that year.

According to Williams’ lawsuit, Boeving assured Williams that his previ- ous injury would not affect his coverage under the new policy, unless Williams was injured in the exact same location as the previous injury.

On April 29, 2017, during a spring foot- ball practice game, Williams was car- ried off the field with a neck injury and rushed to a hospital.

“I remember the feeling,” Williams said in a statement he wrote that’s posted on ArkansasRazorbacks.com. “It didn’t last as long so I wasn’t as nervous, but I knew something was wrong. I knew that it was similar enough to the last time.”

The neck injury left him momentari- ly quadriplegic, but full function later returned to his arms and legs. Williams’ doctor said the injury was “totally sepa- rate from the original injury a year and a half ago,” the lawsuit said.

The previous injury was stable with “no complications” and “no problems,” the lawsuit said.

After the injury that day, while Williams was in the hospital recovering, Boeving called Williams’ father.

“I’m just calling to check on him to make sure he’s OK,” Boeving said, according to a transcript of the voice- mail message, which was included as an exhibit in the lawsuit. “We have got

coverage and everything in force, so no issues on that.”

Williams’ doctor told him the new injury resulted in his “total and perma- nent disability from ever playing football again,” the suit said.

Williams announced his retirement from playing football on May 8, 2017.

The day after Williams’ announce- ment, Boeving emailed Williams an amended policy that was issued by Lloyd’s through International Specialty Insurance, the suit said.

guage that said the policy doesn’t cover Williams if the injury is related to his “spinal column and adjacent and related structures.” The lawsuit said that lan- guage was “so broad and ambiguous that it can be read to exclude virtually any injury by Mr. Williams.”

Williams had never seen nor agreed to the amendment, which was a “signifi- cant and unilateral proposed change to the existing complete and enforceable” policy, the suit said.

The email that included the amended policy was included in the lawsuit. In it, Boeving told Williams that “if the current injury was outside of this exclusion and is the reason you are no longer able to

But if the injury was excluded by the policy, Boeving said, then Williams had 10 days to cancel the policy and have the premium refunded.

Williams submitted a claim for the $1 million benefit, and in September Lloyds’ attorneys told Williams that the claim was being denied, based on the amendment, the lawsuit said.

No trial date for Williams’ suit has been set. 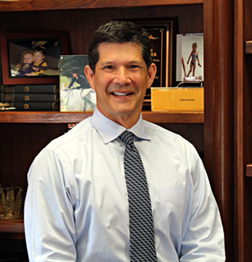