Clifford Tucker is also a member of the Brooklyn Law School Recent Graduates Council.  As a member of the Recent Graduates Council, he helps to identify and implement programs and initiatives for law student and recent graduate professional development.  The Council helps organize and participate in social events and substantive programs.  In October of 2015, Clifford Tucker attended a Brooklyn Law School event hosted by the Council to connect with law students regarding career development.  Clifford Tucker regularly speaks with prospective and current law students about personal injury law and torts practice and to offer advice.  Clifford Tucker also has led discussions at the National Association of Social Workers, attends rallies to fight for workers rights and safety, and writes regularly about civil justice issues. 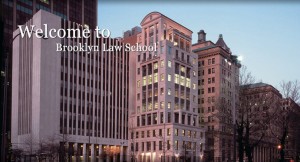