Investigators Sunday were trying to determine why a private jet attempting a routine takeoff at Hanscom Field instead ran off the end of the runway, crashing into a wooded gully and exploding in flames Saturday night, killing all seven people on board.

The victims of the plane crash included Lewis Katz, co-owner of The Philadelphia Inquirer, and three other passengers returning to New Jersey after attending a nonprofit fund-raiser at the Concord home of historian Doris Kearns Goodwin and her husband, Richard Goodwin, a former presidential adviser.

The three additional passengers were Anne Leeds, a retired preschool teacher from Longport, N.J., friends said Sunday; Marcella Dalsey, executive director of the Drew A. Katz Foundation; and Susan K. Asbell, who served with Dalsey on the strategic planning committee of the Boys & Girls Club of Camden County, N.J.

Three crew members, yet to be identified, also perished in the fiery plane crash. Removal of seven bodies from inside the jet was completed Sunday evening, according to an official briefed on the investigation.

Jennifer Davies, who lives on nearby Saran Avenue in Bedford, said she was sitting outside Saturday evening enjoying her family’s new fire pit when she heard a plane take off, a common sound in the area, followed by a “small boom.”

“I heard the plane accelerate more. The engines really revved up. It just started screeching. Then there was a huge, gigantic explosion and I couldn’t hear the engines anymore,” she said in an interview.

Davies said that after the large explosion, she heard a final muffled “boom,” followed by a series of loud noises as the plane apparently struck objects on the ground.

“Every time it would hit something, I would hear another explosion, then red embers and debris and things would fly up into the air,” she said. “It was absolutely horrific.”

A ball of fire exploded in the night sky and an acrid odor similar to that of burning tires could be smelled as far away as Cambridge and Boston late Saturday. Cambridge police fielded “numerous” calls about the smell of smoke shortly after the crash, said Jeremy Warnick, a department spokesman. In Boston, residents called the city’s Fire Department “almost nonstop” between 11:15 and 11:45 p.m. Saturday, department spokesman Steve MacDonald said.

NTSB officials Sunday emphasized that the investigation of the crash was at its “very beginning,” and it was too early to draw conclusions about the cause. Officials were proceeding on the idea that the crash was an accident of some sort, although nothing had been ruled out.

The Gulfstream IV crashed into a gully in a wooded area, about 2,000 feet past the end of Hanscom Field’s Runway 11, apparently without lifting off or signaling distress to air traffic controllers, according to Luke Schiada, senior air safety investigator at the National Transportation Safety Board’s Office of Aviation Safety. The crash occurred about 9:40 p.m. Saturday.

In a news conference Sunday, Schiada said the plane left the runway and continued rolling through grass, colliding with an antenna and bursting through a chain-link fence before coming to rest in the gully.

The fire was fuel-driven, a law enforcement official briefed on the crash said, and mostly produced smoke rather than flames.

Schiada said the plane was fragmented and “most of it is consumed by fire.” Debris along its path included pieces of landing gear, Schiada said, and some parts probably landed in the water at the bottom of the gully. The people on board the plane included four passengers, two flight-crew members, and one cabin attendant, he said.

Steve Cass, vice president of communications for Gulfstream, said the Gulfstream IV is a two-engine plane that is certified to hold up to 19 passengers but most often carries 12 to 16, depending on its internal configuration.

Cass said the Gulfstream IV “has a very, very good safety record” and that the manufacturer would cooperate fully with the NTSB investigation.

A Gulfstream IV can hold as much as 4,400 gallons of fuel, but would commonly fly with only the amount of fuel necessary for the trip, Cass said. It was not clear how much fuel the plane contained when it crashed.

Greg Raiff, founder and chief executive of Private Jet Services Group in Seabrook, N.H., said he has years of experience flying Gulfstream jets, and called the Gulfstream IV “one of the finest civilian corporate aircraft ever designed.”

Runway 11 is about 7,000 feet long, according to Massport documents, and Raiff said a Gulfstream IV needs roughly 5,000 feet of runway to take off safely. He said the location of the wreckage only about 2,000 feet past the runway’s end indicates that it probably did not leave the ground. “Once you get up, you’d be further down the field,” he said.

Based on eyewitness accounts, Raiff speculated that the pilots may have discovered a fire after beginning takeoff and then properly attempted to stop and evacuate the plane, but were caught in the sudden explosion.

“I think this is going to point toward a maintenance issue rather than a pilot error or operator issue,” he said. “That’s my gut.”

The flight-tracking website FlightAware showed that a Gulfstream IV with the same tail number left Wilmington, Del., at 1:25 p.m. Saturday and arrived in Atlantic City at 1:33 p.m. It left at 2:56 p.m. and arrived at Hanscom Field at 3:44 p.m., according to the site.

Schiada said investigators would scrutinize, among other things, the pilots’ experience, the aircraft’s history, any surveillance video available, and eyewitness accounts. He said investigators were in the process of searching for the flight data recorder and cockpit voice recorder for the plane.

The official briefed on the investigation said the plane was found with the cockpit facing upward out of the gully and the fuselage and wings inside the gully.

Investigators will develop a comprehensive report and send it to the board in Washington, which will ultimately determine a probable cause for the crash, Schiada said.

MaryBeth Long, a spokeswoman for Middlesex District Attorney Marian T. Ryan, said Sunday that she could not release the victims’ identities until the state medical examiner completes autopsies. Medical examiner’s vans were visible entering the airport’s tarmac around 5:30 p.m. Sunday, and then leaving in the early evening.

Katz, 72, was a philanthropist and businessman who once owned the New Jersey Nets and who made a fortune in parking lots, banking, and real estate before becoming a newspaper mogul as co-owner of The Philadelphia Inquirer, The Daily News, and Philly.com.

Katz traveled to the Bay State Saturday with Leeds, Dalsey, and Asbell to attend an event supporting the Concord River Institute, a nonprofit educational organization founded by Michael Goodwin, the son of Doris Kearns Goodwin and Richard Goodwin.

The Goodwin family issued a statement in which the Pulitzer Prize-winning historian and biographer of Abraham Lincoln and the Kennedys praised Katz’s commitment to education.

“Lew Katz was my cherished friend of nearly 20 years,” Doris Kearns Goodwin said. “He was a force of nature.”

Dalsey was executive director of the Drew A. Katz Foundation, and president of KATZ Academy Charter School, which she cofounded with Lewis Katz in 2012, The Philadelphia Inquirer reported.

Asbell was a mother of two and was married to Samuel Asbell, a former Camden County, N.J., prosecutor, the Inquirer reported.

L.G. Hanscom Field was built in the 1940s on land in Bedford, Concord, Lexington, and Lincoln, according to Massport, and operates as both a public airport and a resource for the adjacent Hanscom Air Force Base.

The airport was closed after the crash and remained closed until about 7 p.m. Sunday, when one of its two runways was reopened to traffic, according to Matthew Brelis, a spokesman for Massport, which operates the airport.

Ed Freni, aviation director for Massport, said that the crash occurred near a stream, but that environmental officials had been notified and the Clean Harbors cleanup company was at the scene. He said residents should not be concerned about contamination of their drinking water.

There is some speculation as to why Katz, who owned several private jets, used a chartered jet for this trip.  The owners of the jet charter company, SK Travel LLC, have not been identified or commented on the crash. 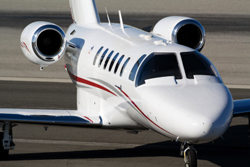 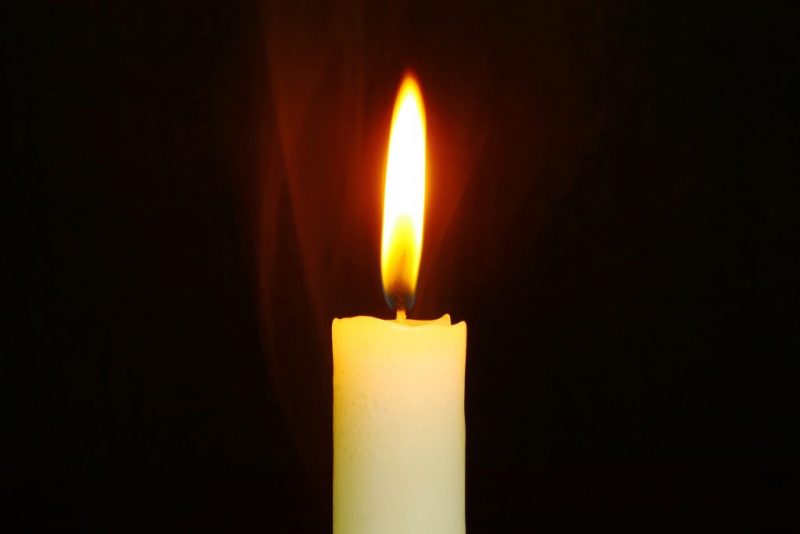