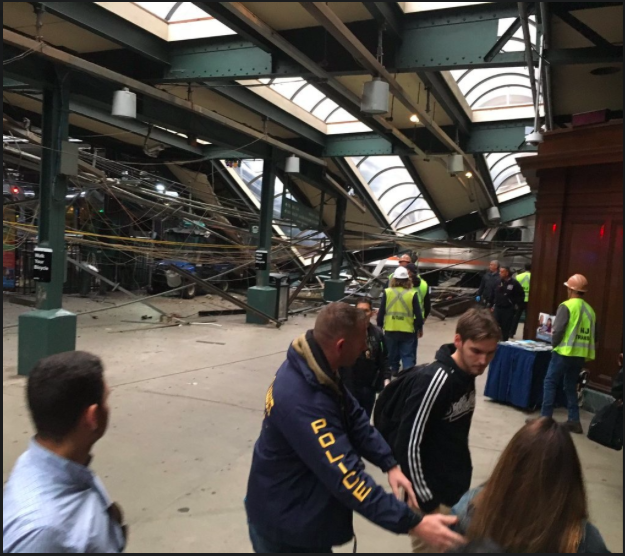 Normally, Hoboken Train Station is a bustling high traffic commuter hub for people traveling to and from New York City.  On September 29, 2016, at about 8:45 a.m., a commuter train crashed at full speed into the Hoboken station.  The New York Times reported at least one person was killed, but soon after, Reuters reported that three people were killed.  NPR has reported that at least 100 people were injured.  Joseph Scott, the CEO of Jersey City Medical Center, said the hospital had admitted patients in critical or serious condition.

The train was originally traveling from Spring Vally, New York on the Pascack Valley line and was supposed to arrive in Hoboken at 8:38 a.m.

Countless photos and statements are flooding social media and news airwaves.  Statements and reports from people who are on scene show severe wreckage and devastation.  Trains have event recorders or “black boxes” that record data about the train controls and performance.  These blackboxes on trains are similar to those found in airplanes.  49 CFR Section 229.5 explains the recorder is designed to resist tampering and to monitor train speed, direction, time, distance, throttle position, brake applications and operations.  It can also monitor cab signals.  The Federal Railroad Administration (FRA) requires these blackboxes on trains traveling over 30 MPH on trains that would include commuter rail locomotives, but not transit running on its own dedicated tracks.

As the facts unfold, several government agencies like state and local police, the National Transportation Safety Board and others will investigate what led to the Hoboken train crash.  Train crashes like this one can happen from miscommunication, derailment, mechanical failures, track problems or distraction.  Intentional train crashes would be criminal acts and punishable under federal and state law.

As we all learn more about the Hoboken Train Crash, we will hopefully will find systematic ways to help people who were hurt and to prevent these kinds of calamities from happening. 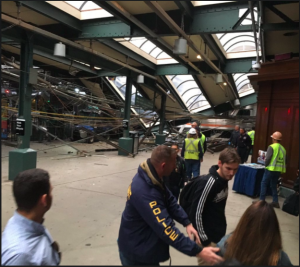