This is a true tragedy and completely preventable. This grieving family deserves the truth and justice. They will only get both with a comprehensive investigation led by an experienced injury lawyer working for them. The proven successful injury attorneys at Fisher Injury Lawyers encourage you to support this family through this tragedy. No offer of help is too small or without meaning. Do whatever you can. Read on.

The hole at a city-parish sewer pump station where 4-year-old Jassiah Clark drowned was hidden in plain view — until Monday night.

Scores of police officers looking for the missing child had walked by it, as did more than 20 family members all searching since Saturday night.

To the searchers, the hole in a grass-covered lot next to the boy’s home looked like a muddy puddle, Jassiah’s aunt Lesly Reed said. But at 7:30 p.m. Monday, when the boy’s body was discovered, the family learned the patch of water was the surface of a massive opening.

Jassiah, missing since Saturday, had disappeared beneath the water’s surface, about 25 feet from his family’s house. East Baton Rouge Parish Coroner Dr. William “Beau” Clark ruled the death an accidental drowning, with hypothermia as a contributing factor.

Police located what they believe is the body of missing 4-year old Jassiah Clark late Monday evening in a hole near his home on Robertson Street. The hole stretched at least a few feet wide and 10 feet into the ground. It was cordoned off by caution tape soon after the boy’s body was taken away. Media gathered at the sprawling opening on Monday night and shined lights toward the bottom, which was not clearly visible.

A contractor filled the opening with “flowable fill and sand” only two months ago, said Bryan Harmon, city-parish Department of Public Works interim director. Why? Why wasn’t this hole 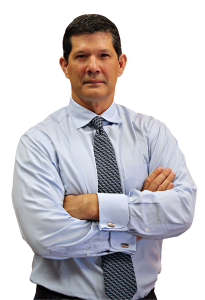 It is not yet clear how the pit became so dangerous. Workers spread more sand over the hole just last month, and no resident ever filed a complaint with city government about the hole, said William Daniel, who serves as Mayor-President Kip Holden’s chief administrative officer.

“We followed all the procedures,” Daniel said. “The mayor and all of the city parish send out our utmost, heartfelt sympathies to the family of this young man. … We’re just sorry it’s a terrible tragedy, but we don’t really have all the facts on what happened yet and we’re still investigating.”

The boy’s death is the family’s second heartbreaking event in the last few weeks. Just days before Thanksgiving, Jassiah’s uncle and his mother’s boyfriend killed each other after a drunken argument in the front yard of the home where they were staying on Washington Court, a short road off McClelland Drive. Jassiah and his 10-year-old brother were also standing in the yard and watching as their 35-year-old uncle Lester Reed stabbed Tevin Crump, 19, who then shot Reed and tried to shoot him again while a knife extended from his torso before both men collapsed on the ground and died shortly thereafter.

From the day they were killed until the day he went missing, Jassiah cried every day and told his mother he missed his uncle, his mother, Brittni Clark, has said.

Keon Preston, a family friend, said he will organize a memorial at the site of the hole on Christmas Eve at 6:30 p.m.

Baton Rouge Police are still investigating whether any wrongdoing took place, even though the death was deemed an accident, BRPD spokesman Lt. Jonathan Dunnam said. 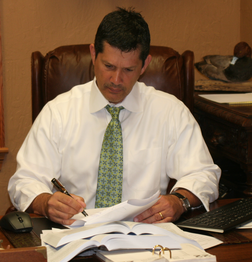