Six people were killed and more than a dozen injured when a crowded New York commuter train struck a car stalled on the tracks near suburban White Plains during rush hour on Tuesday evening, in what officials said was the railroad’s deadliest accident.

New York Governor Andrew Cuomo told CBS News on Wednesday that a review found that five people had died in the train accident, not the six previously reported. The driver of the Jeep Cherokee that the train struck while it was stuck on the tracks also died.  “The number of deceased in the train itself dropped from six to five, so that was actually good news,” Cuomo said in an interview on “CBS This Morning.”
Some 15 people were injured, including seven in very serious condition, he added.

The 750-volt third rail pierced the Jeep and then tore through the floor of the first car of the train, officials said, charring the carriage and sending billows of smoke into the air. Damage to the other seven cars was minimal.
“The third rail stops at the grade crossing, and so that’s where the contact with the automobile was made,” Thomas Prendergast, the MTA’s chairman, told reporters at the scene late on Monday.
Hundreds of passengers were taken to a rock-climbing gym for shelter, authorities said.
Jared Woodard, an employee of BGC Financial in New York who was on the train traveling home to Chappaqua, described frightening scenes as the train was evacuated.
“The smoke was orange coming off the train, it was still on fire at that point,” he said. “The front car was billowing heavy smoke out of the windows and doors.”
Media reports said the driver of the car got out briefly to try to push it off the tracks, then got back in before it was hit by the train.
“It appears that the gasoline tank on the car burst and that started the fire,” Cuomo said, adding that the fire “consumed” the car and the front train carriage.

The NTSB and local officials are investigating this train accident and there will certainly be many claims filed as a result of this tragedy. Any person injured or who lost a family member in this horrific collision should immediately hire an experienced injury lawyer. The choice of lawyers is critical to these families as it could mean the difference between complete and no recovery. Literally, the fate of many families hangs in the balance.

The proven trial attorneys at Fisher Injury Lawyers has a record of success representing good people injured in serious accidents across the United States. Our team has the resources and expertise to launch and immediate and full-scale investigation to uncover every possible claim for our clients. These are complex investigations and legal cases.  Very few lawyers have the experience and resources properly handle these types of cases.  Fisher Injury Lawyers has both and a proven record of success.

Our team of attorneys and experts were hired in the recent multi-car pile up on I-287 in Harrison, New York. That collision profoundly injured 3 members of a wonderful Fairfield County family. The family made the key decision to hire Bryan Fisher and Fisher Injury Lawyers shortly after the accident and we had a full team of experts on the ground within hours of the accident. Our comprehensive investigation and reconstruction of the collision ensures that our client’s will recover from this tragedy.

Our team of attorneys, engineers, and accident reconstruction experts are ready to go to work for your family. Call us any time. We are always here for you. 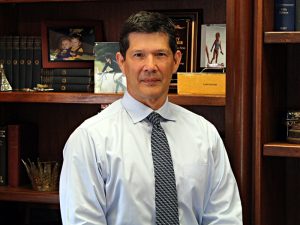