Home  >  All   >  After a New York Uber Accident Causes Serious Injuries, Can Uber be Liable? What about Lyft or Rideshare?

After a New York Uber Accident Causes Serious Injuries, Can Uber be Liable? What about Lyft or Rideshare?

New York Uber accidents have led journalists, bloggers, and attorneys to question the app’s safety and the ride share company’s responsibility for serious accidents.  In January of 2015, an Uber driver was heading to pick up customers when he drove into pedestrian Wesley Mensing and Erin Sauchelli on East 62nd Street and Lexington Avenue.  Mensing was killed and Sauchelli was hospitalized.  Wesley Mensing was 27 years old, from Scotch Plains.  In May of 2015, an Uber-affiliated driver struck and killed Ervi Secundino, a 12 year old child, on Adam Clayton Powell Jr. Boulevard at 150th Street near the Frederick Douglass Academy. He attended the nearby middle school. 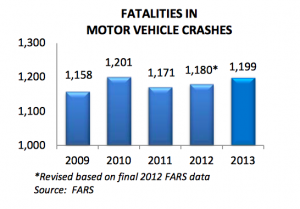 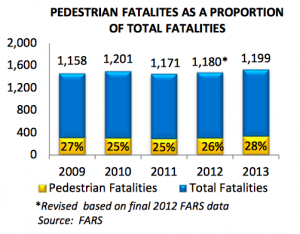 Who Can be Held Responsible After a New York Uber Accident?

Some states legislate greater protections for the public safety. For example, California passed laws requiring ride-share companies to provide additional insurance to supplement the driver’s insurance in the event of a serious accident. New York City’s Taxi and Limousine Commission, which regulates yellow taxis, suggested new rules to regulate ride-share companies like Uber and Lyft.  In June of 2015, the NYC TLC released new rules that regulate ride-share programs.  Some of the rules concern safety and are intended to reduce New York Uber accident rates.  Among other requirements, the new NYC TLC rules:

Are Uber Drivers Employees or Independent Contractors After a New York Uber Accident?

One important difference centers on a company’s legal liability and an accident victim’s compensation.  Usually, a company must pay for accidents its employees cause while on the job. A company is not usually responsible for accidents caused by independent contractors.

People and companies engage in legal battles and corporate machinations over whether the law classifies a person as an “employee” or “independent contractor”.  A company is more responsible for its employees than for independent contractors. Employees are more costly and expose a company to more liability. They also have more rights. Independent contractors have fewer rights and the company has a stronger argument to avoid liability when a contractor causes a serious accident or injury.

In the case of a New York Uber accident, if the driver is an Uber employee, then a billion dollar company (Uber) could be liable for your damages. If the driver is an independent contractor, an injured plaintiff is stuck with that driver’s assets and liability insurance limits ($25,000 minimum in New York for private cars and $100,000 for taxis). Although Uber and Lyft claim to insure their drivers in addition to their own private insurance, whether that insurance applies will depend on the insurance policies’ language and the nature of the accident.

Whether a driver is an employee or independent contractor and the required insurance limits are complex questions that your attorney will handle personally in each individual case. The personal injury attorney’s job is to help you get full relief after a New York Uber accident.