Officer James E. Foster Jr. was not conscious or breathing when paramedics arrived at the scene, though he was conscious and breathing by the time he was taken to Our Lady of the Lake Regional Medical Center, Denham Springs police Detective Glenn Lemoine said.

Foster was in critical condition and undergoing surgery Monday evening, Lemoine said, adding that he was asking for people to pray for the officer. We join in this request for prayer and ask all to remember this officer’s family at this difficult time.

Foster was responding to a wreck on Interstate 12 eastbound when he crashed about 5:30 p.m. He was riding a 2012 Harley-Davidson south on O’Neal Lane in Baton Rouge when a northbound Honda Accord driven by Janet B. Guedry, 78, turned left in front of him at East Riverdale Avenue, said Trooper 1st Class Jared Sandifer, a State Police spokesman.

Sandifer said the 39-year-old officer ran into the side of the Accord and was thrown about 80 feet and landed in the road, breaking several bones, the detective said.

Foster and the two police cars he was riding with had all activated their lights and sirens, Lemoine said. Foster also was wearing his helmet, Sandifer said.

Guedry, who was wearing a seat belt, was not injured, Sandifer added. Police do not suspect that either driver was intoxicated, and have cited Guedry for failure to yield, but the investigation continues, Sandifer said. No other vehicles were involved in the wreck.

Motorcycle riders  are especially vulnerable to severe injury in accidents.  There is no restraint system and no cage of protection for the rider.  Knowing this, it is important that every driver be on the look out for motorcycles and allow the riders the space necessary to safely ride.  Louisiana bicycle riders enjoy a legal “zone of safety” that prohibits any vehicle from being within 3 feet of the bicycle and operator.  Louisiana does not have a similar law for motorcycle riders but the proven injury attorneys at Fisher Injury Lawyers have argued for an extension of the bicycle rule to apply to motorcycles.  As in all cases, we use every tool and reason available to maximize the claims of our clients.  Call us anytime.  We will fight for you. 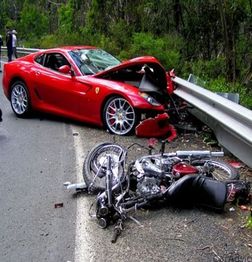 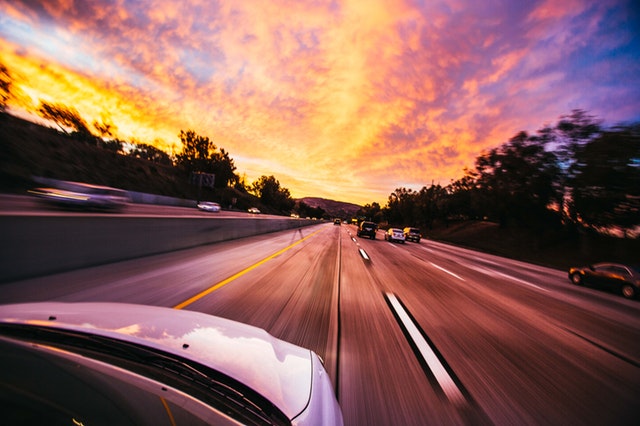