Slidell, LA (August 23, 2019) – A Baton Rouge woman was arrested for striking a school bus head-on, injuring the driver in the process. The crash happened on Friday, August 23, on the Front St. Bridge at LA-11. The woman was reportedly intoxicated at the time of the crash.

26-year-old Alexandra Alley was arrested following the accident. According to witnesses at the scene, Alley was traveling south on LA-11 in a 2015 Honda Accord when she crossed the centerline and struck the bus head-on. The crash caused the bus to spin out of control and hit an unmarked Louisiana Probation and Patrol police car.

Both Alley and the bus driver were injured in the crash. No children were on the bus at the time of the accident.

The cause of the crash is under investigation.

Our thoughts are with the injured victims and their families at this time. We hope for their full recovery. 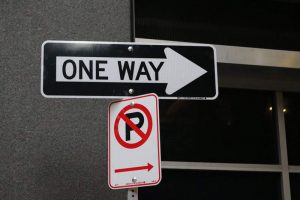 Many times, these crashes are due to distracted motorists. A driver may veer across the centerline into oncoming traffic, striking another car head-on. These unforeseen collisions can result in significant damages for those who are injured.

The expert Louisiana car crash attorneys at Fisher Injury Lawyers have a proven track record helping the people of our state. We have recovered over $125 million for our clients, and we plan to help more receive the settlements they deserve after an accident. Give us a call at (225) 766-1234 to see how we can help.

Slidell, LA – Man Arrested For Deadly Hit-And-Run On I-59