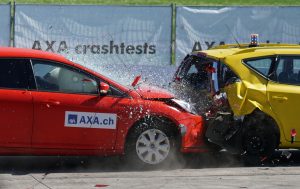 Phones and apps are distracting drivers and apparently causing accidents.

Drivers on the phone put themselves and everyone around them at risk by taking their attention off the road. They are not in control of their cars while distracted.

“Your smartphone becomes so many different things that it’s not just a communication device,” Anthony Foxx, secretary of the Transportation Department, said in an interview to the New York Times. “Distraction is still a problem. Too many people are dying and being injured on our roadways.”

In the first six months of 2016, highway deaths increased 10.4 percent, to 17,775, according to preliminary data compiled by N.H.T.S.A. At that rate, more than 100 people die every day in traffic accidents. In 2015, traffic fatalities rose 7.1 percent; it was the largest annual percentage increase in traffic deaths in 50 years.

Experts say that a spike in driving fatalities in the last two years is caused by drivers using certain apps while behind the wheel. We wrote about Uber accident attorneys who may hold Uber accountable for leading drivers to make negligent decisions behind the wheel.

Some Companies Profit From Cell Phones on the Road

Current cell phone laws focus on driver behavior alone. Humans are flawed though. “To err is human” as they say. Even Odysseus asked that he be tied to the mast when he passed the island of the sirens.  He knew the human condition suffers weakness by temptation. We love our phones. Moreover, Uber drivers who make money by ride share apps have monetary incentive to watch their phones while driving. Drivers are responsible for their actions but let’s look at the temptors too.

What responsibility, if any, do cell phone and device makers have for distracting drivers?

After all, they profit handsomely by sale of these devices and apps. They create apps designed for use on the road–Uber, lyft, rideshare, GPS, etc. They have the ability to prevent use while in motion.

Federal auto safety regulators want phone and tablet makers (Apple, Samsung etc) to add a driver mode to modify or block certain apps and features to keep a driver’s attention on the road.

The National Highway Traffic Safety Administration intends to issue voluntary guidelines to that effect. Several ideas are in the works that would prevent distraction before it happens. Many features already available on the phone let drivers prevent distraction. For instance, do not disturb functions prevent calls and texts from distractions.

Ultimately, the law right now outlaws drivers from using their phone while driving. At the same time, the cell phone and app makers profit by driving apps that would lead drivers to use the phone while driving. Traffic injuries are increasing due to phone and device distractions. The phone companies have the capability to design safety features that would prevent temptation.

Mechanical safety features usually are safer than merely warning people to “just say no.” Just like a guard on a machine is safer than just a warning.

If it is true that apps are distracting drivers then the app makers, especially road apps, should bear of the cost rather than just blaming their customers. I am in favor of holding the companies who make these apps accountable for harm when they distract drivers. We want those apps to work well but also to be as responsible as their consumers. An Uber accident attorney would say that drivers bear responsibility for their choices. Now let’s look at the companies who put the apps and phones in the picture and profit by their presence.

If you have questions about an Uber accident, truck accident, auto wreck, or distracted driving feel free to call us to discuss your legal rights and options. 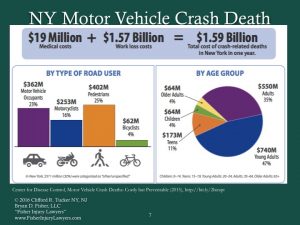 Buckle Up And Save Lives