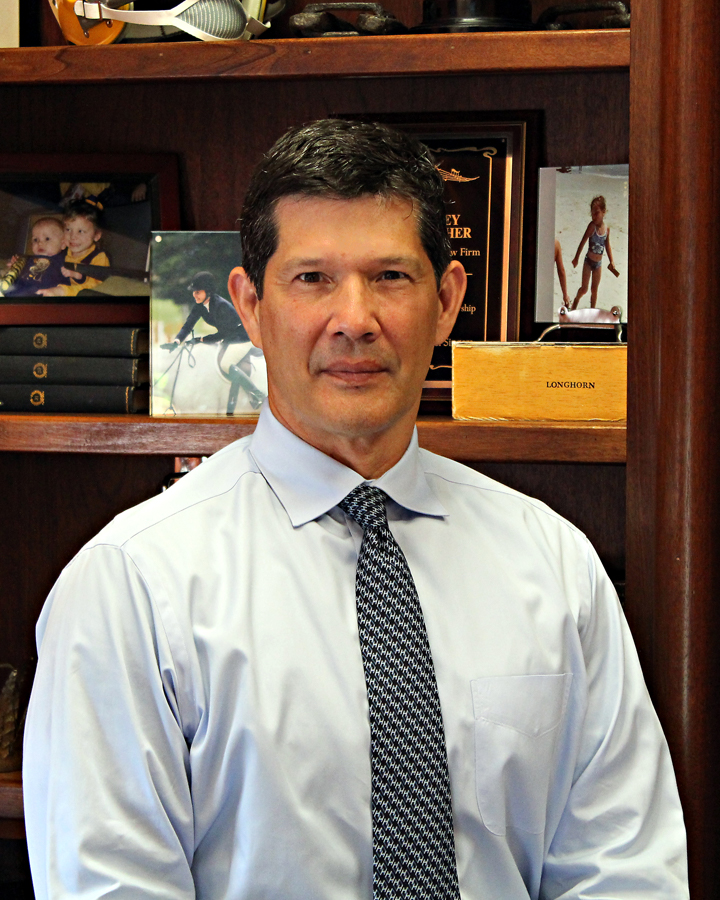 Bryan Fisher is lead trial attorney for Fisher Injury Lawyers.  In over 23 years as an injury and disability lawyer, he has recovered over $100,000,000.00 in settlements, judgements and verdicts for his clients (excluding class action wins).  During that time, he has secured both jury verdicts and bench (judge demonstrating his expertise as a trial attorney practicing before juries and judges.  His record speaks for itself and is unmatched in this area.  Despite his success, Fisher works each day to perfect his skills and expertise as a personal injury and disability lawyer to better serve his clients.  Bryan Fisher is licensed in Louisiana and Texas and represents clients across the United States on a pro hac vice basis.  He maintains offices in Baton Rouge, LA (in the shadows of Tiger Stadium), Arlington, TX (in the shadows of Texas Stadium) and New York City, NY (in the heart of Manhattan).  At any given time, he is prosecuting cases for his clients from California to New York.

Bryan Fisher received his Juris Doctorate Degree from the Paul Hebert Law Center at Louisiana State University in 1991 where he was a top student. While in law school, Bryan competed in the Robert Tullis Moot Court Competition earning his way through the semi-finals before being selected to represent his university as a Member of its National Moot Court Team.

Bryan Fisher is among the top injury lawyers in the United States.  He is a Lifetime Member of the Million Dollar Advocates Forum and the Multi-Million Dollar Advocates Forum.  Both organizations have certified Fisher’s trial wins of over $15,000,000.00 in two separate trials.  Bryan is an Avvo.com top rated 10 attorney and winner of the coveted Client’s Choice Award. He is a member of the  American Association of Justice Leaders Forum and the Chancellor’s Council for the Louisiana State University Law Center.

Bryan Fisher is a current or former member of the ATLA, LTLA, Louisiana Association for Justice, American Association for Justice, LADC, Lafayette, Baton Rouge, Louisiana, Texas, Federal and American Bar Associations.  Bryan Fisher has also enjoyed membership in the McMahon Chapter of the American Inns of Court, Kappa Alpha Order and BRAAS.  He is licensed to practice law in Louisiana and Texas.  He has served on the Board of Directors for the YMCA and Haley E. Nowak Foundation.

“I was very blessed. He was very accurate and patient with me.”

Through his Baton Rouge LA office he serves clients in East Baton Rouge, Ascension, Livingston, Lafayette, Orleans, Jefferson,  St. Bernard, Avoyelles, West Baton Rouge, Pointe Coupee, Plaquemine and every other parish in the state of Louisiana.   Through his Arlington, TX office, Bryan represents clients in Mansfield, Ft. Worth, Dallas, Forest Hill, Haltom City, Richland Hills, Benbrook, Saginaw, Crowley, Hurst, Arlington, Bedford, Colleyville, Keller and other great Texas towns and cities.  He represents clients on the East Coast including New York, Connecticut, New Jersey, North Carolina and South Carolina through his New York City office.  Bryan is one of the few attorneys in the United States with a a true nationwide practice.  He limits his practice and case selection to select injury and disability cases that appeal to his unique expertise and experience.  His disability practice is limited to NCAA and NFL disability policy claims and high value professional disability claims.  He has had the honor of representing clients in several high profile national cases.

Bryan Fisher Lead Trial Attorney  225-938-1566. Bryan resides in Baton Rouge, Louisiana and Rowayton, Connecticut. He is married to Dr. Jane Olson Fisher, MD and is the proud father of a son and daughter. The Fishers share their homes with three dogs and a barn full of horses. 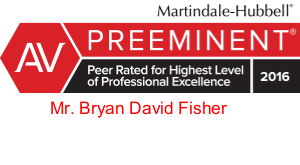