The Left Turn-The Most Dangerous Action in Driving

A Vacherie Louisiana man died early Thursday morning when the vehicle he was a passenger in was struck by another car trying to make a left turn from La. 30. The driver at fault was traveling eastbound on La. 30 shortly before 6 a.m. Thursday when he tried to make a left turn at the intersection of La. 30 at South Purpera. The at fault driver struck another vehicle traveling westbound on La. 30.  The second vehicle  had the green light.  The result was a nearly head on collision. The passenger in that vehicle died in the crash.

Many large transport and delivery companies have discovered the high risk associated with left turns.  As a result, some have implemented route designs that minimize left turns.  Often these safe route programs require a driver to make a right turn, complete a block to make a left turn protected by a left turn arrow.  Companies like FedEx and UPS  mandate these indirect routes to reduce considerable risk reduction and save money.  The result is fewer wrecks, injuries and deaths.

I have learned from these mass transporters and advise my children to avoid left turns whenever possible.  The exception to this rule is the green arrow protected left turn.  The green arrow does afford a measure of protection but Fisher Injury Lawyers do not recommend relying on the arrow as protection.  Rather, check for oncoming traffic even with a green left turn arrow.   Stay focused on the road and never use cell phones or portable electronic devices while driving or sitting at a red light.

Drive safe and give us call if you need legal advice or guidance regarding an injury or accident. 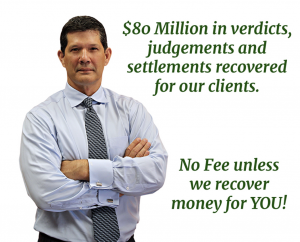